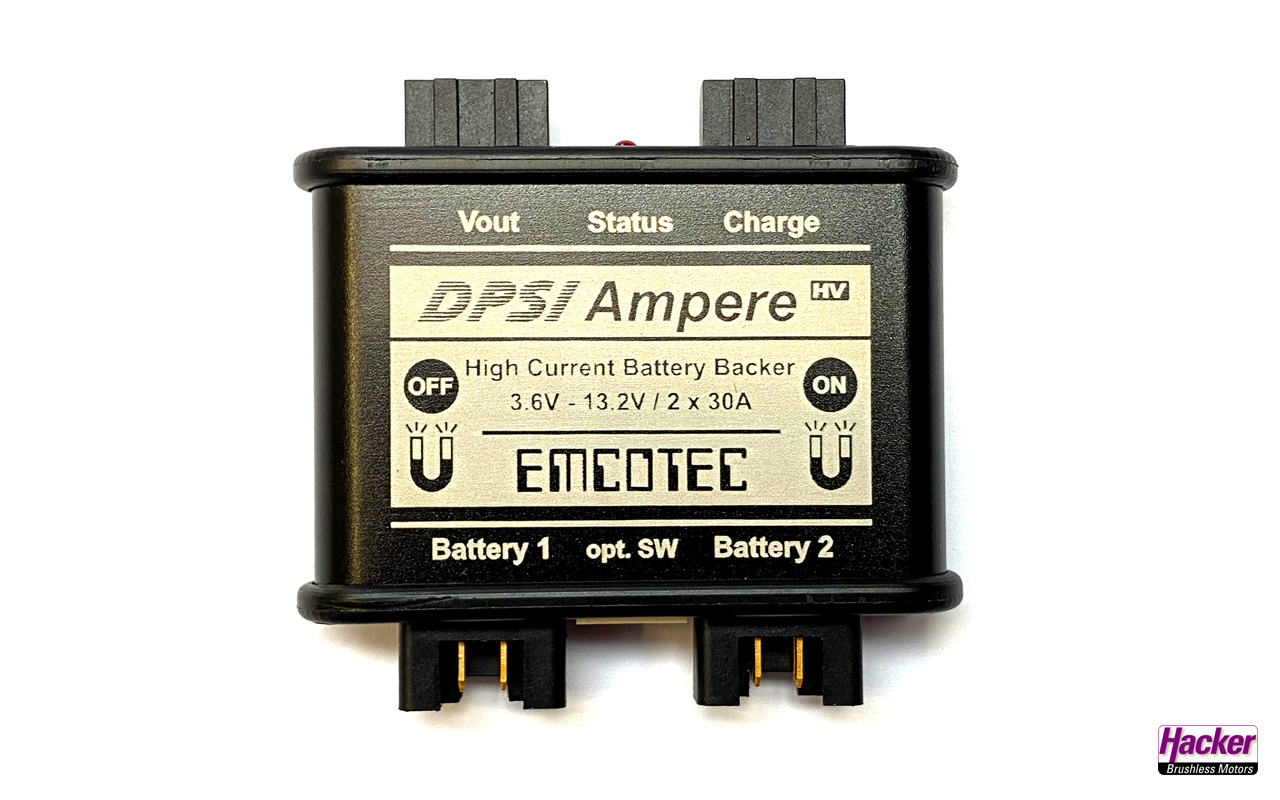 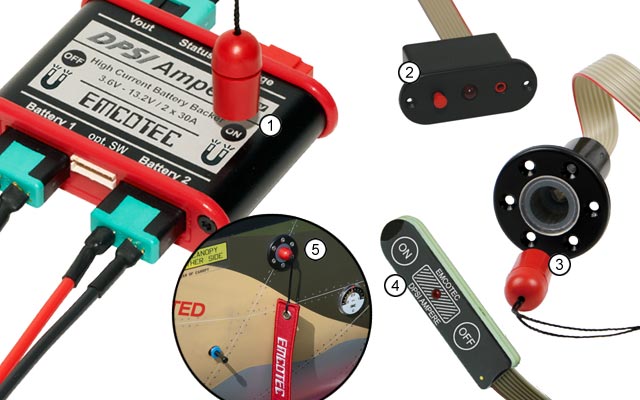 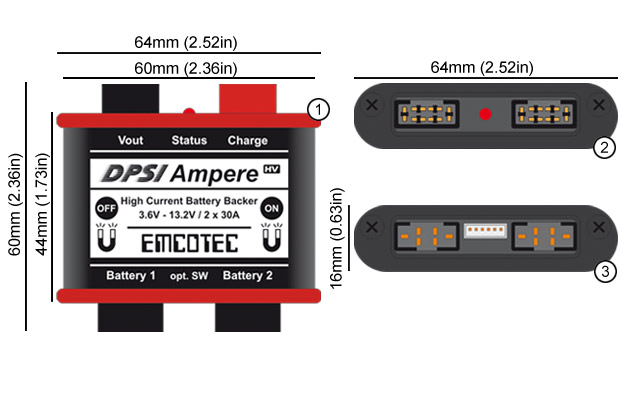 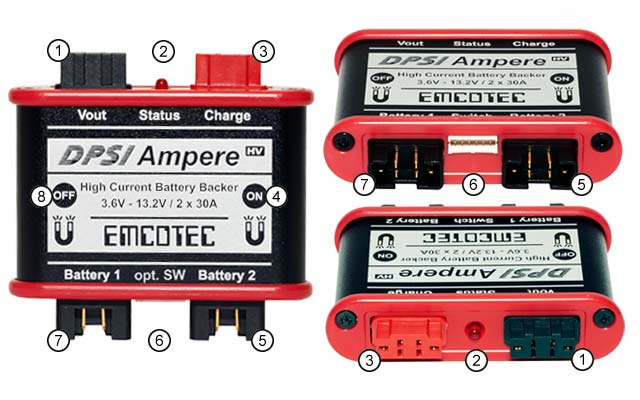 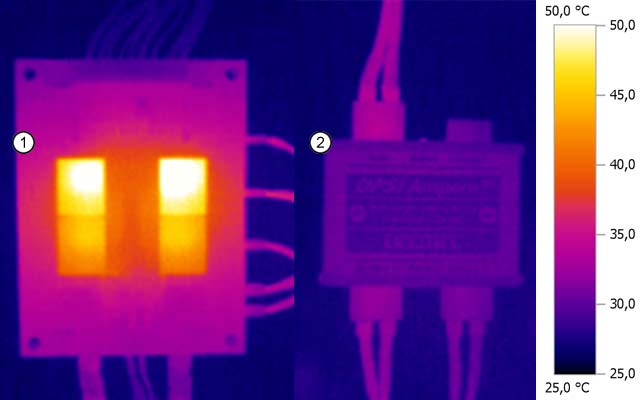 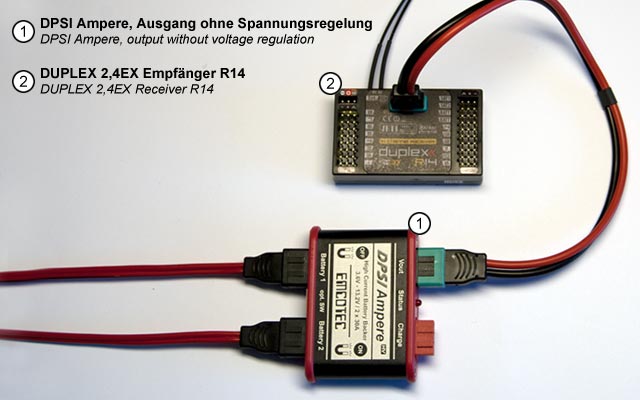 Powerful battery backer with peak current capacity of up to 60 ampere. The DPSI Ampere can be used as dual power supply for receivers, turbines or similar electric consumers of R/C models.

System stability of the DPSI Ampere is ensured by connecting two batteries. If one battery fails, safe operation is guaranteed by the second battery. Normally, both batteries are discharged symmetrically and simultaneously (at the same time). Due to the parallel connected batteries the current is split in half for each battery.

The DPSI Ampere is switched ON/OFF electronically by placing a magnet on the corresponding position on the device housing.

The DPSI Ampere can handle a permanent current of 50 ampere. So it is the perfect solution for all high current applications. Thanks to an integrated charging connector both connected batteries can be charged simultanously with only one charging device.

The DPSI Ampere is the first EMCOTEC battery backer that can be operated with 3S LiPo batteries or batteries with voltages up to 13.2 volts. So the module is much more than a conventional dual power supply for receivers. Due to the higher voltage also devices such as turbines can be reliably powered with the DPSI Ampere.

Notice: The switching off process of DPSI works with a hall effect sensor. Hall effect sensors can be influenced by magnet fields. It is possible that the DPSI switches off when exposed to a very strong magent field (i.g. electric drive). Current-carrying cables generate a magnet field. So please run all cables which are carrying a high current (>100A) with a distance of at least 3cm (1.18in) from the DPSI.